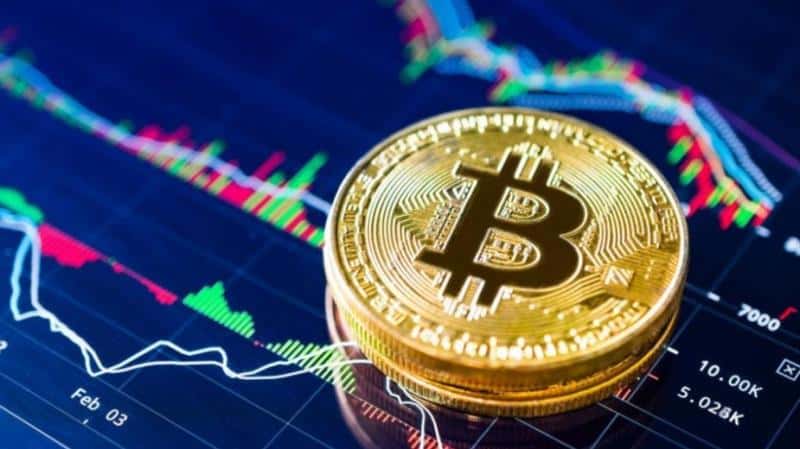 Why Bitcoin is surging:

At 10:30AM EST, the price of Bitcoin was $17,194. According to the chart below we are getting close to declaring that Bitcoin is in a Bull Run.

Today is 190 days since the Bitcoin halving on May 11th, 2020. Every 210,000 blocks mined, or about every four years, the reward given to Bitcoin miners for processing transactions is cut in half. This cuts in half the rate at which new Bitcoin is released into circulation. This is Bitcoin’s way of using a synthetic form of inflation that halves every four years until all Bitcoin is released and is In circulation

These halvings reduce the rate at which new coins are created and thus lower the available supply. This can cause some implications for investors as other assets with low supply, like gold, can have high demand and push prices higher.

In the past, these Bitcoin halvings have correlated with massive surges in Bitcoin’s price. The first halving, which occurred in November of 2012, saw an increase from about $12 to nearly $1,150 within a year. The second Bitcoin halving occurred in July of 2016. The price at that halving was about $650 and by December 17th, 2017, Bitcoin’s price had soared to nearly $20,000. The price then fell over the course of a year from this peak down to around $3,200, a price nearly 400% higher than Its pre-halving price.

Both previous halvings have correlated with intense boom and bust cycles that have ended with higher prices than prior to the event.

On October 21, 2020, the payment firm Paypal announced that it would soon support bitcoin (BTC), ethereum (ETH), bitcoin cash (BCH), and litecoin (LTC). The company said the Paypal customers would be able to buy, sell, and hold the virtual assets.

“We are pleased to announce that all eligible Paypal account holders in the U.S. can now buy, hold and sell cryptocurrency directly with Paypal,” the company announced on Thursday, November 12, 2020.”

PayPal currently has 286 million active users worldwide of which an estimated 25 million are in the U.S. If it were a bank, PayPal would be the 21st largest bank in the US. eBay bought PayPal for $1.5 billion, only to separate from it in 2015. The average PayPal user conducts 36.9 transactions per year.

This largely anticipated move exposes 25 million Americans to the world of Cryptocurrencies. Currently PayPal does not allow users to send, receive or transfer Crypto. Although it is highly suspected that those features are in the works.

According to the firm’s press release:

“Consumers will be able to instantly convert their selected cryptocurrency balance to fiat currency, with certainty of value and no incremental fees. PayPal merchants will have no additional integrations or fees, as all transactions will be settled with fiat currency at their current PayPal rates.”

Crypto fund managers are now getting more backing from institutional investors that see the crypto market as an alternative investment strategy.

In a report, the exchange says it observed a “noticeable uptick in institutional business’s growth” in the first half of the year.

According to Coinbase, the “greater visibility of reputable investors warming up to digital assets” is also helping to fuel growing “confidence among this community.”

Earlier in October, Square Inc SQ said it had purchased $50 million in Bitcoin with CEO Jack Dorsey terming it a “manifestation” of an internet currency.

The Fintech giant (NYSE:SQ) has allowed its Cash App customers to buy and sell bitcoin for some time now, and has some high-tech cryptocurrency initiatives underway.

During the third quarter of 2020, Grayscale raised $1.05 billion into its investment products, marking the largest capital inflow in a single quarter in the firm’s history. Year-to-date investment into the Grayscale family of products has surpassed $2.4 billion, more than double the $1.2 billion cumulative inflow into the products from 2013-2019.

Grayscale® Bitcoin Trust continued to lead investment demand, with inflows of $719.3 million in 3Q20. The Trust’s AUM has grown 147% YTD, making it one of the fastest growing investment products.

Want to join the discussion?
Feel free to contribute!